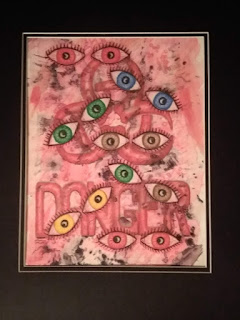 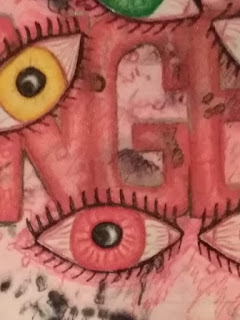 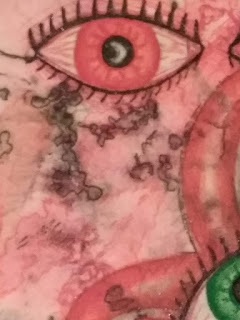 Posted by Audrey Mislan at 11:23 PM No comments: 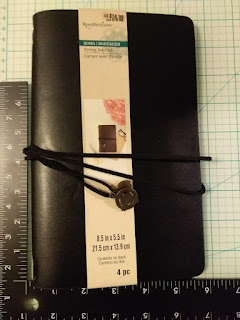 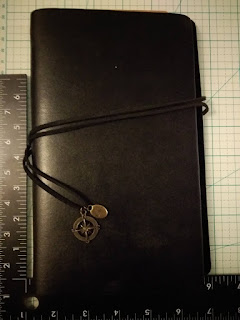 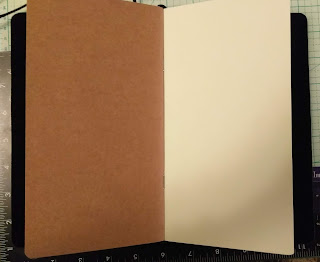 sample of inside of each journal


Posted by Audrey Mislan at 3:18 AM No comments:

Art at the Weekly Kaleidoscope Venue for the Arts this week

Just wanted to update everyone on the artwork that is in the Fan Art Show at Kaleidoscope Venue for the Arts on Saturday night. 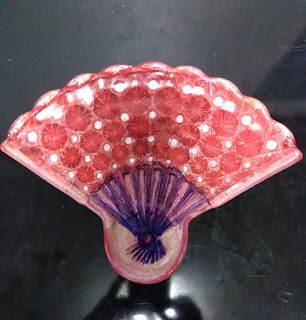 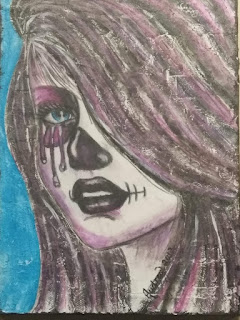 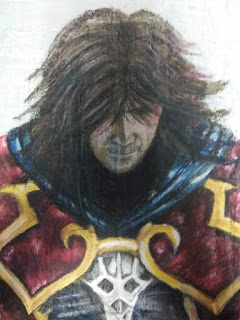 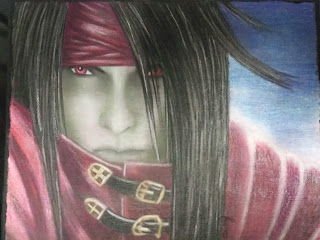 The fan is a glass fan that has been "reverse painted" with alcohol inks, glitter paints and metallic paint.  A layer of satin varnish has been applied on the back with a finishing layer of furniture polish on both the back and front.  The light passes through the front and is reflected back at the viewer.

Dios de los Muertos is a fan art piece inspired by the many different versions of a female skeleton (Calaveras).  She is an 9" x 12" mixed media canvas using a "faux" fresco type technique.

Gabriel is a fan art piece inspired by Gabriel from the video game/series Castlevania.  He is an 9" x 12" mixed media canvas using a "faux" fresco type technique.  Konami is the company who produced the Castlevania video game franchise.

Vincent Valentine is a fan art piece inspired by Vincent from Final Fantasy VII Advent Children video game and movie.  He is an 8" x 10" mixed media canvas. Square Enix produced the video game franchise.
Posted by Audrey Mislan at 3:07 AM No comments: 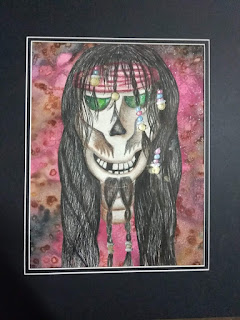 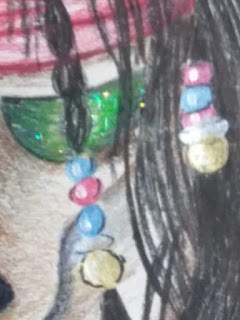 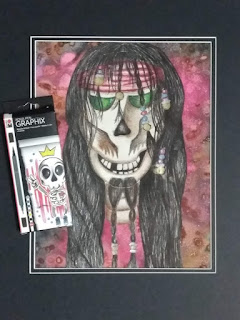 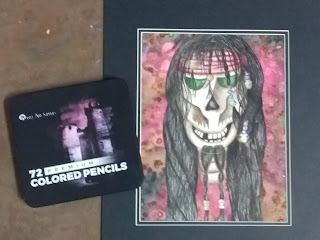 Posted by Audrey Mislan at 1:19 AM No comments:

Every 2nd Thursday of the Month, I participate in the Kaleidoscope Artisan Market.  The Market is partnered with a Food Truck event designed to bring the community out to the park and experience art, music, and food.
Here's some images from the Market. 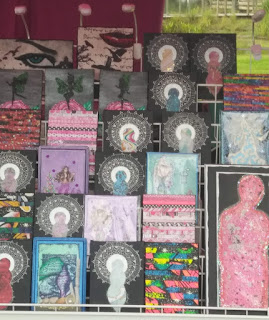 a photo of the front of my booth after set-up 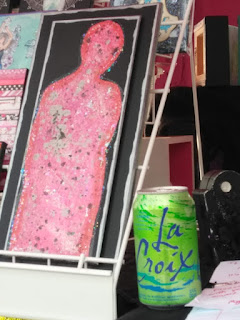 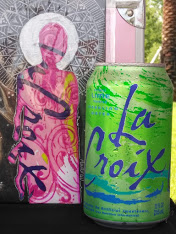 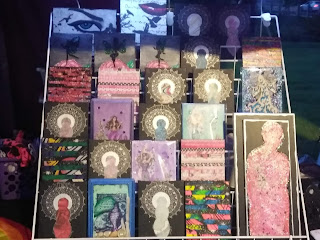 Thanks to everyone for coming out and saying hello.  If you couldn't make it yesterday, we'll be there again the second Thursday in September.  If you are interested in purchasing a piece, please feel free to reach out.  Some of the pieces are already posted on ebay.   Be sure to follow me on ebay to see all the artwork, books and studio de-stash items that are featured there.  You can also support me at Patreon as well as Ko-Fi.  Those links are listed below as well.
#mysticimagesart. #kaleidoscopevenueforthearts. #livelacroix

Thanks for your support.

Posted by Audrey Mislan at 3:36 PM No comments: 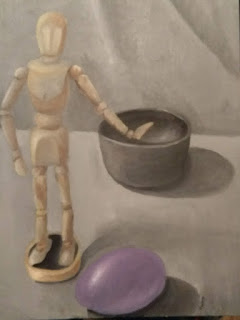 link to Ko-fi:  https://ko-fi.com/mysticimages
Posted by Audrey Mislan at 12:27 AM No comments:

Fire Art Glass In The Element of Fire Show 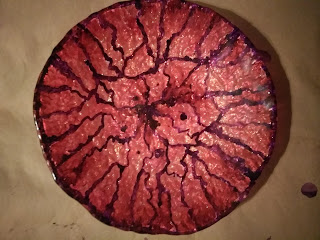 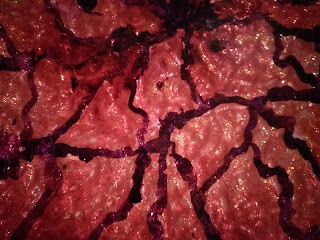 Fire Art Glass is a one of a kind hand colored art glass piece, up-cycled art piece.  It is approximately 11 " in diameter and is designed to be displayed on an easel so light passes through the front and refracts through the painted background.  This piece will be on display at Kaleidoscope Venue for the Arts in The Element of Fire Show Saturday night.  This unique piece can be yours for $75 at the Gallery on Saturday night.  #mysticimagesart. #fire. #KaleidoscopeVenuefortheArts. #liquitex. #decoart. #folkart. #plaid. #extemeglitter. #red. #red-violet. #sparkle
Posted by Audrey Mislan at 1:37 PM No comments: 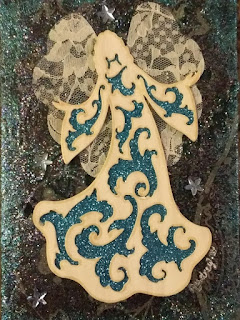 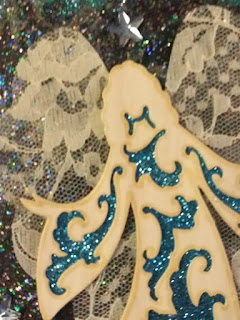 detail of artwork
Posted by Audrey Mislan at 12:48 AM No comments: